Graduating College Soon? Here’s What Employers Want From the Class of 2019 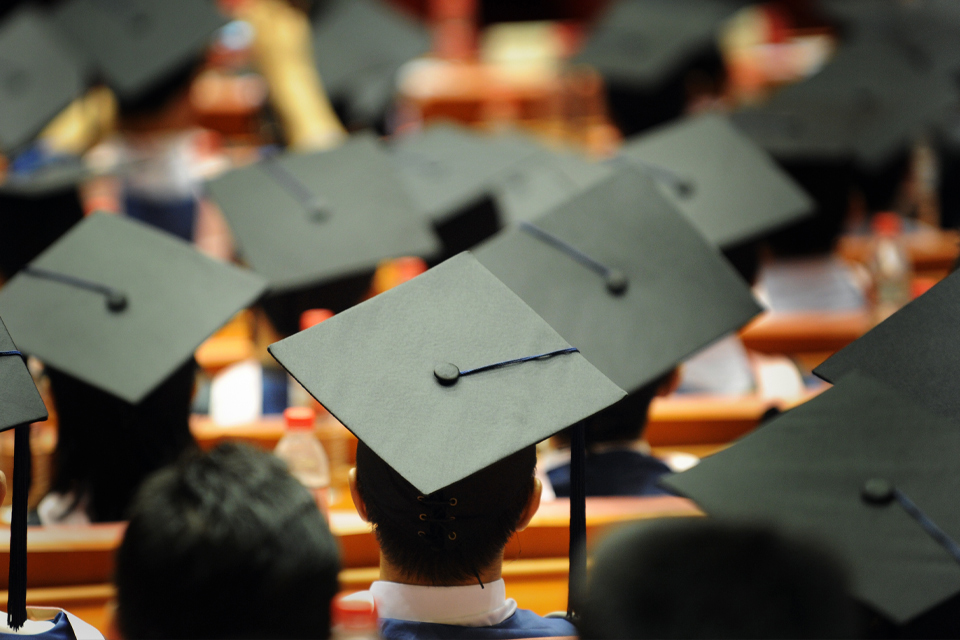 Graduating from college this spring? Congrats! And, if you started job hunting last fall and have gotten nowhere so far, cheer up. It isn’t just you. A new report from the National Association of Colleges and Employers (NACE) suggests that the job market for 2019 grads is a bit peculiar, in two ways.

First, hiring managers seem to be getting pickier. Slightly more than 40% of college seniors who were interviewed in the fall got offers. That’s a drop of more than 5% from the number of 2017 graduates who had been offered jobs the previous autumn, which in recent years has replaced spring as prime recruiting season. At the same time, students were “more selective,” too, the NACE survey says. Even among those students who received offers, fewer accepted them, opting instead to keep looking. As you may have noticed, many of them are now out there competing with you.

So how do you stand out from the crowd? High grades, extracurriculars, and internships are great, of course, but “it’s the ‘soft’ skills that are much harder to find,” says Denise Dudley, a longtime corporate trainer who frequently speaks on college campuses and coaches students on what she calls career readiness. Dudley also wrote a smart, useful new book called Work It!: Get In, Get Noticed, Get Promoted. “If your ‘people skills’ outshine your competition’s, you’re in demand.”

Another NACE poll backs up that view. Asked what they’re seeking in new grads, 82% of hiring managers and HR pros ranked communication skills at Number One, closely followed by problem-solving and the ability to work with a team. Analytical and quantitative skills, hot as those are these days, came in fifth on employers’ wish lists.

“Interviewers don’t expect new grads to have tremendous technical expertise,” notes Dudley. “At this point, they’re much more focused on who you are and how you present yourself.” With that in mind, she offers these five tips to land a job:

Better yet, enlist someone else who will tell you honestly how you come across. “Speaking articulately is essential,” Dudley says. In particular, avoid widespread Gen Z tics like “upspeak”—ending a statement with an upward intonation, as if it were a question. Another unhelpful habit is “‘um, yeah’, where you trail off and say ‘um, yeah’ instead of finishing what you’re saying,” Dudley says. “For instance, someone describing an internship will say, ‘I did some data analytics and marketing research and…um, yeah.’” Don’t do that. “Practice speaking in complete declarative sentences. A confident speaking style can cover a multitude of sins.”

“You need a killer cover letter—addressed by name, if possible, to the person who will be interviewing you—that tells why you believe you’d be a terrific hire,” Dudley says. Then go over it, and your resume, looking for mistakes. Unfortunately, spellcheck is no help. “A common mistake is mixing up ‘their’ or ‘there’ with ‘they’re’,” notes Dudley. “You want to get every single little error out.”

To answer the kinds of behavioral questions that interviewers often pose, go into the conversation with at least one story you can tell in four parts: Situation, Task, Action, Result. “An interviewer will probably say something like, ‘Tell me about a time when you faced a problem and how you resolved it’,” Dudley says. “Describe the situation, why it was difficult, what you did about it, and how it turned out.” Ideally, this should be a tale of teamwork and problem-solving, but it doesn’t need to be anything hugely dramatic like, say, leading your high school lacrosse team to statewide victory despite your broken arm. “Small examples work—even from a team project in a course you took,” says Dudley. “The point is to give the interviewer a picture of how you respond to challenges, and how you’d be on the job if the company hired you.”

Before you start working somewhere, you usually won’t have a clear idea yet of what’s acceptable (or not), so Dudley advises erring on the side of “conservative or neutral” in the way you dress for interviews. That includes ink. “Unless you’re applying to the hippest hair salon in Soho, remove or hide tattoos and piercings,” she suggests. “At best, they’re distracting, and at worst, they’ll put you out of the running.” Another way to look at this, she adds, is that “anything in your personal style that you don’t know for sure is a positive could be a negative.” Who needs that?

As soon as you can, follow up on every interview with a brief email thanking your interlocutor for his or her time, and briefly reiterating your enthusiasm for the job. Then, in somewhat different words, write a handwritten thank-you to send via snail mail. (Again, double-check both for spelling errors.) Why two notes, when one would probably do? It comes back to minding your competition, Dudley explains. “Let’s say the hiring manager has interviewed 12, or 20, or 60 people for this job,” she says. “If your name pops up in front of him or her twice afterward, instead of just once or not at all, you’re far more likely to be remembered.” And then—here’s hoping—hired.

Anne Fisher is a career expert and advice columnist who writes “Work It Out,” Fortune’s guide to working and living in the 21st century. Each week, she’ll answer your most challenging career questions. Have one? Ask her on Twitteror email her at workitout@fortune.com.